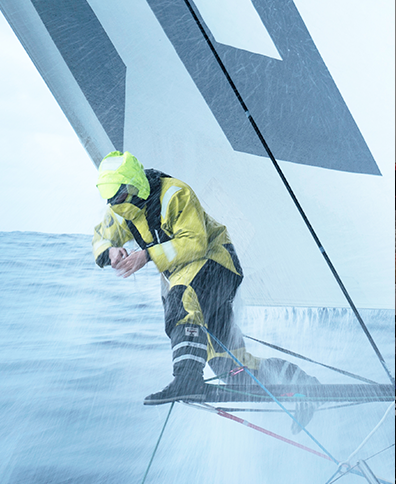 Three miles of sandy beach gloriously exposed at low tide for boundless space to romp and run. Rhosilli Bay is managed by the National Trust and famed internationally for its beauty. Beach access is via a steep path and steps so paws need to made of stern stuff. A classic Galway will keep ankles dry in the shallows while you wrap up in a Dubarry Hazelwood tweed poncho for more blustery strolls.

With the Lake district National Park offering spectacular scenery, woodland and wildlife as well as the lapping shores, two and four legged walkers are in their element. A ten minute walk from Keswick market town, the Derwentwater trail takes you eight miles around the lake, with plenty of shallow shores for paws to paddle

Starting and finishing at the Crown and Trumpet Inn, in the quintessential chocolate box village of Broadway, walk around the Broadway Tower Country Park to the 18th century folly, Broadway tower. Wind the 700ft grassy climb along the Cotswolds Way in a Dubarry Waterford Chelsea Boot, and hope your companion sits long enough to admire the view of thirteen counties from the top.

Allt yr Esgair is a hill in the eastern area of The Brecon Beacons National Park. The Park is made up of mountain ranges canals, forests, lakes, towns and villages but the Allt yr Esgair circular walk takes you to the summit of the hill with views over the River Usk and surrounding hills. Based at the Welsh Venison Centre near Talybont on Usk which serves tea and cake to refuel weary legs. Sniff out a treat for four-legged friends from their farmshop butcher counter.

With hundreds of acres of land to scurry around and explore, tails will be wagging their way around the Glenchaquin Park, Upper Valley walk. Lakes, meadows and waterfalls cover the spectacular landscape circuiting Lake Cummenaloughhaun. Don’t forget a pair of Dubarry Glanmire boots. Or the picnic…

Bursting with wildlife and exploding with flora and fauna, the parkland at the foot of the Wicklow hills is a magical playground of paths for you and your dog to explore. With perfectly manicured walkways, our range of Dubarry’s Country boots will keep you comfortable all day but if you both need a break, take a seat and let sleeping dogs lie next to Ireland’s highest waterfall.

Visit the statue of the most faithful of friends, Greyfriars Bobby, guarded his owner’s grave for 14 years until he died himself and was buried near him Greyfriar’s Kirkyard. The statue of the Skye terrier, sits on a drinking fountain on Candlemaker’s row. After, stroll through Princess Street Gardens, in a Dubarry Blackthorn jacket and lead in hand.

For dogs-about-town park life is where it’s at and as 47% of London is green space with 8 million trees in the capital, that’s a lot for a dog to water… Roughly 3000 parks service the city with one for everyone, from the gundog wilds of Hampstead Heath, to the more pampered pooch Japanese gardens of Holland Park, so you can pop on Dubarry Limerick  boots and Moorland Tweed for stepping out in city style. More importantly, where’s a dog to get its coffee fix?

With a spot in Hampton and in Richmond. This dog-dedicated café has comfy canine beds, homemade dog treats and a menu for mutts (“Puppuccinos:  a big hearty bowl of goats milk with chunks of black pudding”). Incidentally, there is food for owners too.

In Victoria, Twickenham and Threadneedle street, where well behaved dogs are welcome in the bar and restaurant. Both human and a full doggie menu is on the cards with £5 donation to Battersea Dogs and Cats home from your favoured friend. Owners can sip Prosecco while dogs are treated to Pawsecco, they even host quarterly pooch parties.